$$$ to the bottom line: Tangible value of culture 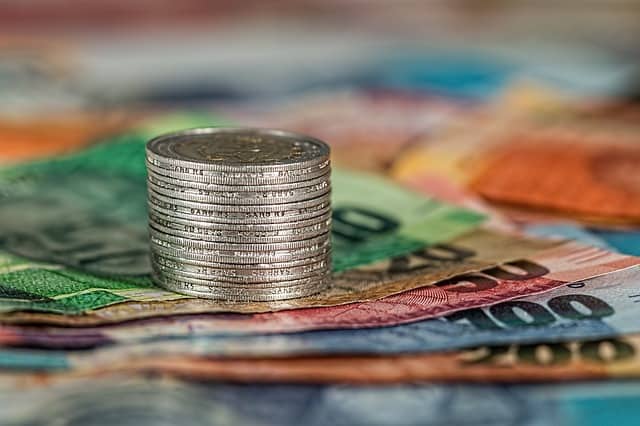 In the ancient mythological text of Mahabharata, an anecdote is narrated about Guru Dronacharya. The teacher of archery was accused by his students of showing favoritism towards Arjuna. The teacher simply summoned his students and asked them to aim for the eye of a wooden bird he had placed on a tree. He then asked his students what they could see as they aimed. “The branch”, “the bird”, “the flowers on the tree” the young men opined. The teacher then turned to Arjuna and he replied, “I could only see the eye of the bird”.

Such an environment compels the workforce to a sub-optimal performance, where the system’s weaknesses are being capitalized and the employees’ strengths being succumbed. Studies show that as much as 35% of employees’ time is wasted in looking for the company’s internal information and 17 hours are spent each week looking for work-related information and people. When a big part of an employee’s energy goes into such wasteful endeavors, they tend to feel frustrated. An objective estimate of these variables is measured in terms of disengagement that employees feel from the organization they work at and their jobs.

In 2017, Gallup found 51% of the workforce under survey not to be engaged. Much more worrying were the findings of another study which spelled out that disengaged employees cost companies 34% of their salaries. It was also seen that disengagement is more than 5 times higher for stressed employees. Studies show that on average employees spend 91 hours a year just trying to get their computers to work properly. At the same time, a meta-analysis by Harvard Business Review shows a direct link between happy employees and output. An average of 31% higher productivity, 37% higher sales, three-time higher creativity is recorded for happy employees. Disengagement, however, isn’t a recent concern.

In the year 2000, one of America’s pioneering health insurance firms got a new CEO. His name was Jonh W. Rowe. The workforce in the company was resistant. He was the fifth CEO in four years. Aetna, or as its workforce called it, Mother Aetna, was an insurance company that had dominated the healthcare sphere in the United States for a long time. And while their revenues seemed steady on the outside, the company had been losing $1 million dollars a day. Rowe was another desperate move by the stakeholders to save the sinking ship.

Rowe started by talking to the most connected and respected employees in the organization to understand what had gone wrong. He soon realized that the workforce had lost focus and had been working on reducing the cost of insurance claims. Aetna was surgically alienating customers and physicians, the workforce was bleeding out the pride for the company that drove them and as a result, people in Aetna were becoming disengaged.  Rowe could see clear through the trajectory that started with a cultural problem and led to a $300 million loss. Simply put, he could understand that a company’s goals and culture are a marriage. Presuming that they were unrelated had made the marriage dysfunctional. Rowe could understand two things. One, Aetna needed a focus on the quality of care, and two, employees needed to be broken out of the comfort of their status quo. What began was a massive restructuring that led to the dismissal of 15,000 employees. What was shocking was that Rowe received a standing ovation from the employees when he announced that there would be lay-offs. He gave an impassioned speech about how the company’s purpose and employees’ pride in the company would get the company back on its feet. It was a signal to the workers who had been frustrated because of the company’s hibernation, alienated by a culture of mediocrity that they could feel pride again towards the company they worked at.

This ability to garner support for a decision that would be catastrophic for employees anywhere wasn’t a miracle. Rowe was working through the two prongs that had been wronged. He was removing what was sabotaging the company (employees, stakeholders, processes) and revitalizing the strengths that had been stifled (the pride and trust that the employees felt for Mother Aetna and her purpose). Research seconds this ability of the workforce to be loyal in the hardest times if the company’s vision makes personal sense to them.

Globoforce conducted a poll in 2017 declaring meaningful work as the single largest contributor to a positive employee experience (27%). A poll by Forbes too found that employees who find their company’s vision to be meaningful have average engagement scores of 68% as opposed to the 18% of those who don’t. Another study conducted by Gallup found that a 10% improvement in employees’ understanding of the company’s mission results in a 12.7% reduction in safety incidents, an 8.1% decrease in employee churn, and a 4.4% increase in profitability. It isn’t just personal alignment to the vision of a company that makes the workforce more productive. One Stanford research shows that employees tend to persist 48 to 64 percent longer on a challenging task in a collaborative environment and another study shows a 20-25% increase in productivity in organizations with connected employees. Studies show that organizations experience a 240% increase in performance-related business outcomes when the employees feel their opinions matter. Another aspect of employees’ workplace experience is their professional growth. Employees tend to value opportunities that help them become more competent, but it doesn’t just benefit the employee. The productivity increase for a trained employee is on average around 23% while the wage increase is only 12%.

The immediate tangibility of these outcomes beckons those in the lead to action. While inaction on the leading quarters continues, the lower rungs in the organizational hierarchy bear the direct brunt of the lack of change. This impact also eventually translates into disengagement for employees and dysfunction for the organization. However, coming to terms with the impact of what culture can accomplish is step 2. The first step is to accept that culture does play a role in your employees’ productivity. A recent study shows that 89% of employers feel that employees leave the job for money. In spite of this perception from the leadership, the workplace is much more for the workforce than a gateway to monetary freedom. The same study also shows how only 12% of the employees leave for this reason. A vast majority of the workforce leaves because of the leadership (75% because of the person they report to). Additionally, replacing an employee costs employers 33% of the employee’s salary according to the study by HR Drive. The flip side however shows a brighter prospect. A study that spanned 7 years concluded in 2013 that employee retention rates climbed 69 percent for the mentors and 72 percent for the mentees and increased retention resulted in a savings of $6.7 billion in avoided staff turnover and replacement costs.

In order to mitigate these costs, companies focus on putting checks and balances to control employee behavior and yet fail to notice the simple role that culture plays in the game. The philosophy is simple. Do what is best for you, stop whatnot. This will make you happy, your employees happy and the work experience a fulfilling and productive one. Rowe could figure this out and turn the $300 million loss into a $1.7 billion profit. The value of Culture is real. How are you going to leverage it in your company?