Measure culture and master the force of your organization 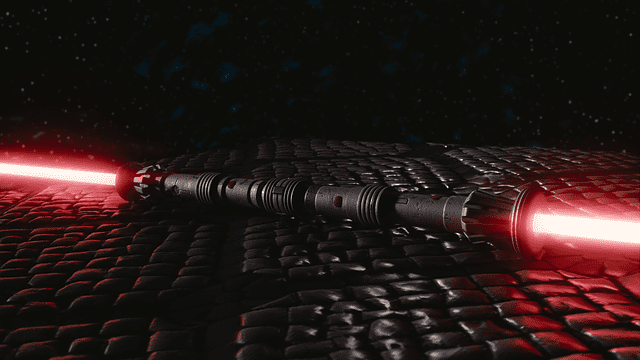 In April of the year 2008, the International Atomic Energy Agency was put on high alert. There had been a nuclear leak. What was more disturbing was that the leak occurred in November of the previous year and it had not been reported. The leak occurred at the Ascó Nuclear Power Plant, in the Catalonian community of Spain and had blindsided even the Spanish Nuclear Safety Council. The spills from the plant were first noticed in the month of March and the following ruckus led to the firing of the plant’s director.

Following the potential catastrophe, Ascó decided to look for what went wrong, not in the machinery, or the disposal sites, but in what was the core of the power plant – its people. It soon became obvious that the plant was propagating a culture that didn’t prioritize safety. It became obvious that the same lack of safety could have extrapolated to a nuclear disaster on a much larger scale. But what would have happened had the new leadership at Ascó decided to look away and go through routine equipment and processes inspection and not the culture? Humans have a way of becoming numb to repetitive stimuli. So, try not to let that happen right now: Employees are the building blocks of any organization. This is a simple sentence but it has far-reaching consequences. Ascó could realize the extended implications well in time. Employees all over the workforce have two things in common: a) they are trained at a certain task and b) they are oriented in a certain direction. This orientation is achieved through the organizational force that guides everyone: its culture. A slew of research across organizations has proven over time that similar employees with similar levels of competence would fail if the orientation being provided is wrong and succeed if it is right.

Disasters that strike an organization come in different shapes and form

So how do we know the nature of culture that molds everyone in the workplace? As we mentioned in one of our previous blogs, “(The culture of an organization) is perceptible in the actions of the leadership, in the conversations among colleagues, in the way problems are approached and mistakes are confronted… (it) resides in these very unquantifiable actions that are lived collectively by a company.” And through this imperceptibility rises a force that guides all the actions in a workplace. The least an organization can do is stay in touch with this force. The most an organization can do is shape this force to their liking. However, the obvious response of every organization to this force should be to be wary of it. In most cases though, organizations are oblivious of this force until they experience some functional inconvenience. It is in an attempt to mend things that they start engaging with the hidden forces of culture.

Mending mistakes however isn’t the only purpose an audit of the culture serves. Being in touch with how the culture of your organization is being shaped helps prevent such major mistakes in the first place. Simply put, if organizations desire their employees to be engaged, they should be engaged in crafting the right culture for their employees. This entails entertaining a feedback loop and revisiting the guideposts that maintain the culture – be it policies, processes, or the behavior of those in leadership roles. This also means that the leadership must be in touch with the grassroots realities at their organization. One great example of this plays out at Zappos. All new hires have to mandatorily go through customer services job roles, no matter which department they are being hired for. This makes sure that everyone, from the senior management to engineers, is aware of the client’s needs.

What do you measure to actually measure Culture?

As we can now establish that staying in touch with the employees’ reality and the effective interpretation of the culture is essential, we must now understand how to go about measuring such intangibilities. Try answering the following question without giving any thought: Are you happy? Chances are that even if you answered the question immediately, you would want to revisit the answer. This is what happens in the case of measuring abstract concepts. Are your employees happy? Are they empowered? Are they engaged? It is impossible to answer these questions in a survey and even if we get responses to such questions, it is not an output we can trust. How does then one measure and mold this force? In come the lightsabers: “constructs” – break down complex and abstract ideas into simple and measurable atomic units based on inputs or outputs. For instance, if your employees are happy, they would be less likely to experience stress and would be more likely to have a social circle at the workplace. Following this approach one can assess a variety of parameters to get a 360⁰ view of an organization’s culture.

Culture assessment to an organization is like the conscience of a human being. It is the internal compass that can tell you when you are going wrong, well in time to make amends. Do you want to know if your employees are motivated? Ask them if they perceive the work environment as positive or if they find their job fascinating? Such assessments can pinpoint the exact areas that require improvement, be it is the lack of hygienic washrooms or untrained leadership. They thereby, help align the internal force of the organization towards a proactive work environment, high employee engagement, and high productivity. Through these assessments, we realize that the culture, the internal force of an organization isn’t an arbitrary output of arbitrary actions. It is a carefully curated and diligently maintained force that aligns all the work in a company. So, to all the young Jedi’s trying to master this force we say: May the force be with you.